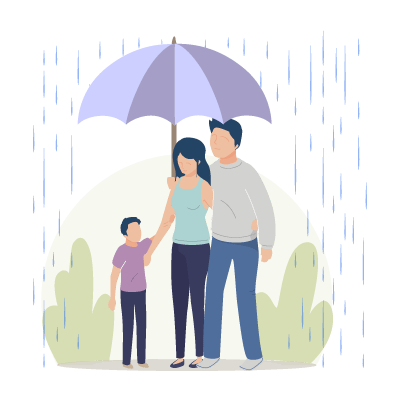 When you have a family, protecting their financial future is important. Let us help you meet your goals.

Even if you’re the healthiest person alive…

…there’s always a chance you could fatally fall into a giant pit of human-eating hungry, hungry hippos. Statistically, that scenario shouldn’t concern you, but death is an unapologetic party-pooper that will find a way to end the fun.

That being said, it’s time to think about having a solid just-in-case plan so your loved ones are not stuck paying YOUR tab. Our agents are here to help and will find the best life insurance that will take care of those you leave behind.

What Is Life Insurance?

At its core, it’s a contract between you and an insurance company where you give them money, and if you were to die (knock on wood), they would give the set amount of money to whomever you choose.

The Benefit of Life Insurance

The most important benefit is that you won’t be leaving your loved ones with a giant pile of debt and expenses. Think about it. Not only would they have to grieve your death, they’d also have to figure out how they’re going to pay for everything (past, present and future). 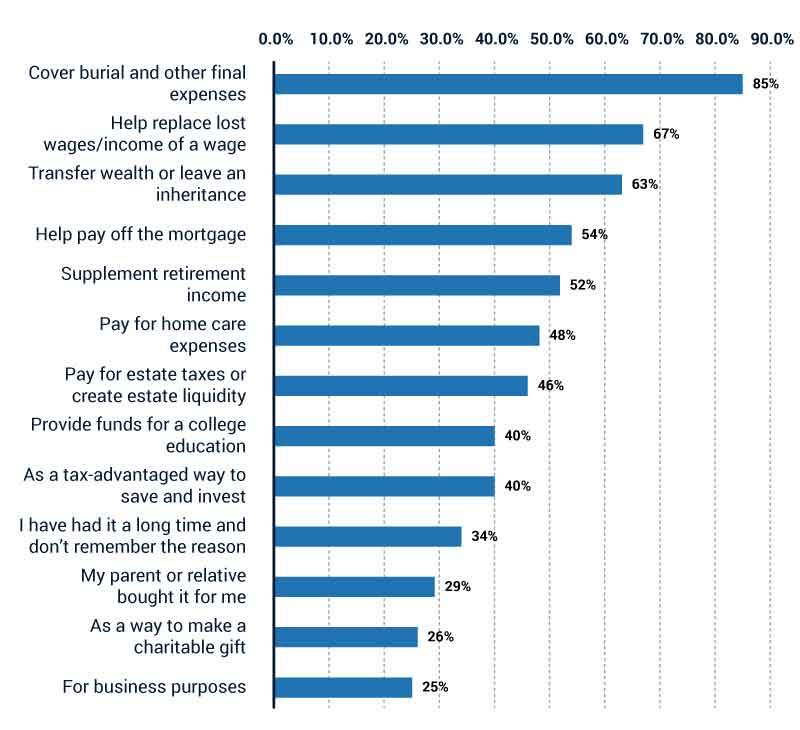 What Are My Life Insurance Options?

There are three types of life insurance, with a number of differences between them, but boiled down term, whole and universal plans do the same thing — they payout a set amount of money to someone when you die.

Term Life Insurance: This option is geared toward younger people because it’s more of a temporary plan that only covers you for a period of time, usually 10, 20 or 30 years. If you were to stop living within that timeframe, a set amount of money would go to the people/person you choose.

Whole Life Insurance:  It has the same concept as term, but this policy is forever (or until you die). It also has a bell and a whistle.

“Hey, so you have the same amount of cash in your savings as what we would pay out, so, you don’t need us anymore. Here’s your money. Good luck not dying and stuff.”

Don’t freak out if you’re not totally clear on the differences between term and whole, we have

Universal Life Insurance: It’s a lot like the whole plan but with a shinier bell and two whistles.

How Much Does Life Insurance Cost?

It depends on the coverage and a number of other factors like age, occupation and even hobbies. So, a 5K-running fitness blogger might only pay $15 a month, whereas a chain-smoking couch potato could pay well over $1,000 a month. Basically, the younger and healthier you are the cheaper it is.

What’s So Great About an Independent Life Insurance Agent Like The Pruitt Agency?

It’s simple. Literally. Independent agents simplify the process by shopping and comparing insurance quotes for you. Not only that, they’ll cut the jargon and clarify the fine print so you know exactly what you’re getting.

Plus, The Pruitt Agency works for YOU and not one insurance provider. Actually, they’re the only agents who can check policies from multiple carriers to find the best policy for your unique needs.

Most importantly, they’ll be there to help your family when claim time comes. The outcome of insurance claims can be strongly impacted by how the process is approached and handled.

Let the Pruitt Agency help sort out the complexities of life insurance and find the right coverage for you and your loved ones.

We'd love to hear from you! To email us, just use the CONTACT FORM on our site to send a secure message. 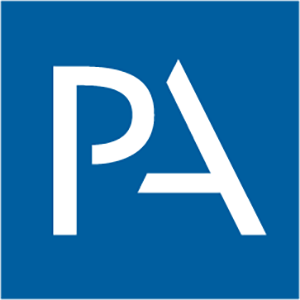 Need more information about your insurance options? We're here to help! Just drop us a secure message using the form below and we'll respond as soon as possible!